From Darkness to Light

Darkness. Pitch black darkness. Her eyes are open yet closed. Her eyes seek light. They search hard. She tosses over in her bed. This is a bad dream she says and she shouts let it pass. Oh God let it pass. But soon she realizes it’s not a dream. She’s now awake. She bows her head down in agony and cries out loud. Why me God? What have I done? She’s Latha, 15 years old and she’s blind. The sad part is that Latha was not blind from birth.  She was blinded in an accident. She knew what colors were and on a fateful day she was robbed of her vision. And now her life has only darkness in it. Pitch black darkness.

In the adjacent room is Karthik. Karthik is 11. Karthik could see as well. But his fate is worse. He was blinded by human action. His eyes were traded for money. He was robbed of his vision just like a house is robbed of its belongings. He knew how the rainbow looked, he could see the birds and animals and all of a sudden darkness surrounds him. Pitch black darkness.

Statistics say that there are 37 million blind people in the world and 15 million out of them are in India and out of these 15 million there are many who weren’t blind by birth. They were robbed of their vision just like Latha and Karthik.

Blindness is life without light. Imagine the sigh of relief we breathe when there is a candle lit in a dark room. Imagine the feeling of satisfaction when the blindfold is removed from our eyes. And now imagine living with our eyes closed for the rest of our lives. If we try to feel the world around us with our closed eyes we may realise how difficult it is to even walk properly leave aside experiencing the different colours and the vibrant life surrounding it. Imagine not knowing where to walk, not knowing the difference between pink and blue, and not knowing how your mother looks like

Facts say that for every five minutes one person in the world goes blind. That means during these five minutes of me and you one person has just been put into a room of pitch black darkness.

But there is hope.

Out of the hundreds of thousands of visually handicapped people in our country, do you know almost  half can regain vision? And how does that happen? It happens through eye donation my dear readers. Eye donation is one among the noblest forms of charity. Even after death the donor lives in the eyes of the recipient. Eyes from one person can enable two blind persons regain vision. What more would any blind person want than being able to see again?

The eyes, which are received through such magnanimous gestures, are of great benefit to the society. The front, clear and transparent tissue of the eye called as cornea can be used to restore vision to corneal blind person. The other portions of the eye are also used for research and training purposes to develop cures for some of the common eye diseases. If one donates his eyes two people will know where to walk. If two people donate their eyes then four people can differentiate between pink and blue. And if three people donate their eyes then six people will know how their mothers look like. Imagine the amount of double happiness that would be.

The donor wouldn’t be alive to see to whom his eyes are given to. But the satisfaction that he would die with, that is being fully aware of the fact that his eyes will provide vision to some person is priceless. We talk about making this world a better place to live in. We talk about creating change, and healing the world. Trust me, eye donation is a great way to make this happen.

Now that we have determined ourselves to do it, we need to know basic information about the concept. Firstly there is no age limit for eye donation.  Any person of any age can donate eyes. Even if the deceased has medical history of hypertension, diabetes, asthma, tuberculosis etc., and even spectacle wearers and people who have undergone cataract operation can donate eyes. However patients suffering from rabies, tetanus, aids, jaundice, cancer, gangrene, brain tumor, food poisoning and a person who has died due to drowning cannot donate eyes.

There are around 500 plus eye banks in India which we can approach and pledge our eyes with. A page in the internet read like this Aishwarya Rai has pledged her eyes. Why not you? Yes. Why not us? Let’s all make it a point to see to it that our eyes will live even after we’re dead thereby giving away the greatest gift in the history of mankind. 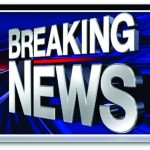