Qatar talks to the World

It was in 1986, returning to Mangalore, annual holiday from Qatar. My uncle who was employed in Kuwait used to tease me “Qatar kai aasa re…  amche dinar polle…  geerest gav…”

He was right. Then One would struggle to locate ‘where Qatar’ in the Middle East map. It was only Kuwait, Saudi Arabia, Bahrian, UAE were well known countries and Qatars’ name was not significant among the rest of Gulf Countries. However, recently growth of Qatar Economy put world up-side-down, Qatar has topped the Forbes list of world’s richest country, with a population of just 1.7 million people.

According to the Forbes list per capita income in Qatar is $88,222, almost double that of the U.S. which ranks in seventh place with a per capita income of $46,860. Qatar’s wealth is based on oil and gas energy. Before the emergence of petrol-based industry, Qatar was a poor pearl fishing country. The exploitation of oil and gas fields began in 1940. In 1973, oil production and revenues increased dramatically, moving Qatar out of the ranks of the world’s poorest countries and providing it with one of the highest per capita incomes in the world.

Qatar which has the third largest reserve of natural gas in the world, has lured multinational financial firms to the country, as well as satellite campuses of U.S. Universities in Qatar Foundation. QF carries out this mission through three strategic “pillars”: education, science and research, and community development. QF’s work in the education field has brought a number of international universities to Qatar to help develop an education sector in which young people can develop the attitudes and skills required for a knowledge economy. Its main science and research agenda is to build Qatar’s innovation and technology capacity by developing and commercializing solutions through key sciences.

Past Emir of Qatar, HH Sheikh Hamad bin Khalifah Al Thani and Present Emir of Qatar HE Tamim bin Hamad bin Khalifa Al Thani; Qatari government is also investing heavily in infrastructure, including a deepwater seaport, an airport and a railway network, “all with the eye to make the country a better host for businesses and the 2022 World Cup.” Besides hosting ‘Asian Games in 2006, On 2 December 2010, Qatar won their bid to host the 2022 FIFA World Cup; where it is said, Qatar could reportedly foot a bill of as much as £138 billion for staging the 2022 World Cup Doha is currently bidding to host the 2020 Summer Olympics.

Qatar is using its financial clout to become an influential voice in international politics, notably being a key player in the negotiations between the West and Middle East Countries, to name recently Libya and Syria. Besides causing a stir in the media world, Qatar has also made a name for itself in the international arena, with its attempt to brand itself as a peaceful neutral world power. It has attempted to achieve that goal by acting as a mediator, and promoting peace in the region and beyond, to name few, Qatar has engaged in mediation efforts in Western Sahara, Yemen, the Ethiopia-Eritrea conflict, Indonesia, Somalia, and famously in Darfur and Lebanon. Qatar has hosted academic, religious, political and economic conferences. The 11th annual Doha Forum recently brought in key thinkers, professionals of various backgrounds, and political figures from all over the world to discuss democracy, media and information technology, free trade, and water security issues.

On the domestic front Qatar recently purchased the world’s most expensive painting when it paid a record breaking $250 million for Paul Cézanne’s “The Card Players.” Qatar acquired the label as the world’s biggest buyer in the art market in terms of value. Finally something to cheer upon, this year, Feb 14th was declared as a National sports day – a Holiday, much to the happiness of Valentine day thus meeting the ‘feel’ of global society and becoming a trend setter in the region.

(Born in Koppla-Karkala, Antony Cony D’Souza had served as a Lecturer in Sociology at St Aloysius College, Mangalore. Currently he is working in Qatar as a QA/QC Training Manager.)

Marriage: A must read 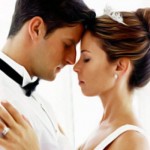